What is Atopic Dermatitis?

Atopic dermatitis is also called Atopic Eczema. Atopic dermatitis is a chronic, itchy skin condition that is very common in children but may occur at any age. It is also known as neurodermatitis. It is the most common form of dermatitis. Atopic eczema usually occurs in people who have an 'atopic tendency'. This means they may develop any or all of three closely linked conditions;

Often these conditions run within families with a parent, child, or sibling also affected.

Atopic eczema is not contagious. 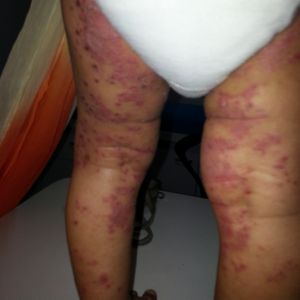 Signs and Symptoms of Atopic Dermatitis

Signs and Symptoms of Atopic Dermatitis

Cause of Atopic Dermatitis

Atopic means “Strange”. Derma means “Skin”. And Itis means “Inflammation. Hence Atopic Dermatitis means Inflammation of the skin due to some strange cause.

In the picture you will see a case of Atopic Dermatitis on the face and body trigerred by an emotional cause of seperation from the mother. 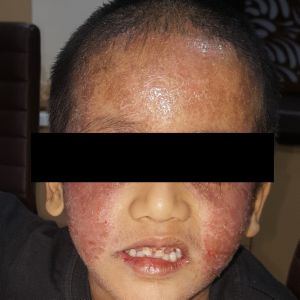 Conventionally, the doctor asks you to identify the triggering cause and to avoid contact with it. They will prescribe you antihistaminics, and local steroidal applications. In severe cases, they will also prescribe immunosuppressants.

It is very difficult to identify the Allergan which is causing the reaction and then removing it from your environment is not always possible or practical. We, at HomoeoCARE try to increase your immunity to fight against the allergen. Contrary to the conventional method which tries to suppress your immunity we treat Atopic Dermatitis by raising your immunity. Hence homeopathic treatment of Atopic dermatitis is always long-lasting and effective.

Case: Infant AC was born healthy, but after vaccination, he developed severe skin reactions. The parents applied skin ointments, but the eruptions got flared up and now his whole body was covered up with eczema. The parents were working abroad and they brought the child to the maternal grandparents for finding the best homeopathic doctor near me. After starting the treatment at HomoeoCARE, the child started improving slowly, but there were episodes of relapse. Then the doctors at HomoeoCARE realised that the child was missing the parents and that was a hindrance to cure. The mother was advised to return to India and spend time with the child. This brought a dramatic change in the child and within 3 months the child's skin started improving faster.

Case: This was also a case of Atopic dermatitis on the face which was triggered after vaccination and within 2 months of homeopathic treatment of atopic dermatitis at HomoeoCARE the normal skin color and texture were restored without any suppression.

Case: Miss MF suddenly started developing skin pigmentation on the face after she applied some cosmetic product, and the facial skin became very black. She was so embarrassed to go out due to this pigmentation. Within 4 months of her treatment at HomoeoCARE, her normal skin color was restored. 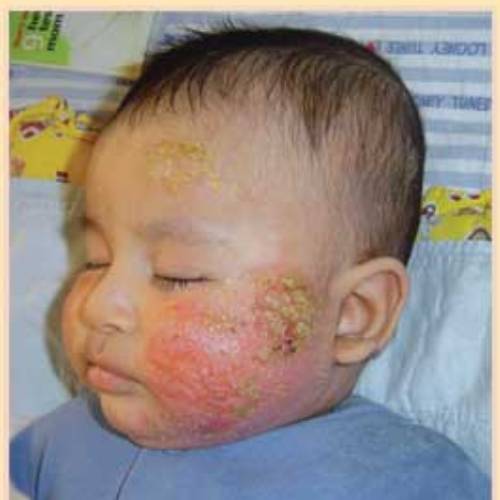