"My child gets frequent complaints from school." "He is very mischievous." "The teacher complains that he lacks concentration." "I’m worried about his future."

Many parents frequently complain about these things and are harsh on their children and many times punishes them harshly. But Don’t be angry with your child, because he is not doing it Purposely. He is suffering from ADHD and the best homeopathic treatment for ADHD will solve all your worries 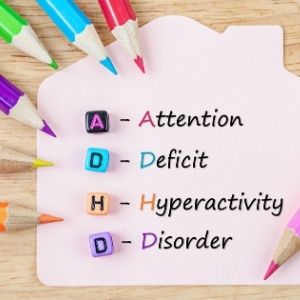 Meaning of ADHD is Attention Deficient Hyperactivity Disorder (ADHD). The name ADHD sounds familiar. Every naughty child or overactive cannot be termed as a hyperactive kid. ADHD is one of the developmental disabilities where it occurs before the age of 7 years. Some children are only attention deficit and not hyperactive. Such children fall under the category of Attention Deficit Disorder (ADD). Boys most commonly suffer from ADHD and girls from ADD. The IQ of such children remains normal. In case the symptoms of hyperactivity continue for more than six months in a child and the habits of hyperactivity create problems in two or more areas like the classroom, playground, home, community, or social settings, the child should be assessed and treated for ADHD

Signs and Symptoms of ADHD

Signs and Symptoms of ADHD in Children

Children with ADHD tend to be extremely active and restless. They have problems sitting still, taking turns with items, and often get restless and get into fights when are asked to wait patiently and behave. If a child with ADHD does not get sufficient rest, they will be tired and irritable. Often the children are difficult to teach because of their inattentiveness, they cannot focus and stay on task when given tasks to perform. These children easily get diverted from the task at hand and become very restless.

Children with hyperactivity often become fidgety and often put things off until the last minute. Teachers must then teach tasks that are repetitive, boring, or messy, which does not go over very well with impatient students. Hyperactive children are difficult to handle in most schools because of their inattentiveness and constant fidgeting.

Though ADHD is quite common in children, we have also seen ADHD symptoms in Adults. Common symptoms of ADHD in adults is lack of focus, disorganization, forgetfulness, Impulsivity, time mamagement difficulties etc..

Although there is no single cause of ADHD, as to why ADHD occurs, we at HomoeoCARE value your child’s special needs and qualities. Homeopathic medicines make sure that the child may carry on with his daily activities normally and be able to lead a normal healthy life without being dependant on his family or others.

It is seen that patients having ADHD usually have low levels of neurotransmitters such as dopamine and norepinephrine. These neurotransmitters are the key to the proper functioning of the brain. Psychotherapeutic drugs raise the levels of the norepinephrine, but as soon as the drugs wear of the levels are reduced back to original whereas, Homoeopathic medicines work on the neuronal plane. The neuronal cells are stimulated to produce the required amount of these chemicals and to maintain the levels of the neurotransmitters by themselves, curing the disorder from it’s root cause making the individual less hyperactive, impulsive and inattentive. 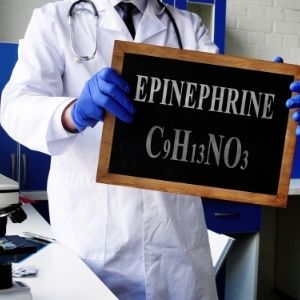 It is the identification of the symptoms using various psychological assessments (adhd test) with the help of parents and teachers. Also, a child’s behavior is rated on various scales, and efforts are made to find the degree of ADHD before advising various occupational and behavioral therapies. In addition to it, ADHD medications like Ritalin, Focalin, Concerta, Dextrostat, and many others are given to such patients. These drugs have their side effects like insomnia, weight loss, and nervous tics thus causing dullness of a child’s mind which hinders his overall development. It has been observed that 60-80% of children who suffer from ADHD continue to have symptoms even in their adolescence. 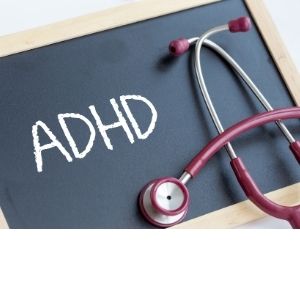 Homeopathic treatment for ADHD. We at HomoeoCARE have a unique Child Observation Room specially designed to observe the activities of a child in a very congenial and friendly environment. Our standardized observation-based program helps our doctor in watching the activities of the child in the observation room and figure out the growth hindering personality traits like shyness, aggression, learning disabilities, and hyperactivity. As the child is exposed to different types of toys like cars, guns, dolls, blackboard, Casio, and many other toys in this room, we observe what the child chooses to play with. This helps us in understanding what the child likes or dislikes. We also take into account the interaction of the children in the play area of the room. The child is also asked to draw and color the drawing sheet. This is also analyzed to have a better understanding of the child with respect to the psychological aspects. Such observations enable the doctor to elicit the child’s reaction to harsh stimuli, which can be a simple stare leading or a stern look. While a child shows disapproval, others may reflect withdrawal or anger. This allows the doctor to understand the child’s temperament.

While we properly evaluate such children based on our observation, the mother’s history during pregnancy is also taken into account before prescribing the treatment. The parents are also guided with respect to the special qualities possessed by their child and his needs.

Learning to cope with the symptoms of attention deficit hyperactivity disorder in children is not all that difficult. The best way to do this is to reward good behavior and to identify when your child needs to concentrate. Once they start paying attention, chances are they will start to perform better. Parents need to take an active role in helping their children to overcome the symptoms of ADHD. Children with this disorder can sometimes become overwhelmed and lash out, but if they are properly taught how to behave, they will eventually become productive members of society.

A 6-year old child came to us diagnosed with ADHD based on his ADHD test. It was at a daycare center, which the child had joined, that his parents were told that their child had a habit of spitting, biting, and was very aggressive with the other children. Soon he was referred to a psychologist who after making an assessment diagnosed him to be suffering from ADHD. The child’s parents did not want their child to be put on medication for a lifetime. They opted for a natural, safe, and permanent solution to the problem and opted for homeopathic treatment of ADHD at HomoeoCARE.

It was a delight for us to read the first email sent by his parents from the USA stating that after about two weeks of treatment the child’s ability to concentrate was now better. Even the teachers at school noticed that he became more attentive and was not distracted to the level as before taking the homeopathic treatment of ADHD at HomoeoCARE. Not only this, but his relationship with his sister also improved and he began to show fewer tantrums with his parents. He became more emotional about things happening at his school and home. He started to express his love for his family by writing notes and drawing family pictures. With too much of our and his parent’s satisfaction, the child feels accomplished for the things he has achieved.

Gift your child a positive way to deal with ADHD, only with HomoeoCARE.